Schwimmer and Welch: “U.S. Law Inches Towards Protecting Trademark Reputation Without Use”

October 23, 2019October 23, 2019| in The TTABlog| by John L. Welch
Marty Schwimmer and Yours Truly co-authored an article in the Autumn 2019 issue of World Trademark Review, entitled “U.S. Law Inches Towards Protecting Trademark Reputation Without Use.” [pdf here].

Trademark reputation without use is a jurisprudential paradox. Because of the international flow of information, use of a trademark in one country may give rise to a commercially valuable reputation in another where that trademark has not yet been used (at least not by the first owner). The goodwill arising from that reputation could be exploited by another party and consumers could be confused or deceived. This suggests that the reputation should be protected. However, such a proposition is antithetical to the conventional view (under US practice, at least), which defines ‘trademark reputation’ as the propensity of consumers to continue doing business with a merchant based on favourable prior experiences. In short: no trade, no trademark.

Following the Supreme Court’s 2014 decision in Lexmark International, Inc v Static Control Components, Inc (572 US ___, 134 S Ct 1377 (2014)), interpreting the Lanham Act in a false advertising case, two recent US Court of Appeals opinions – both involving the alleged misappropriation of well-known Mexican trademarks by US companies – have interpreted the unfair competition provision of the Lanham Act in a new way, opening up the possibility that a plaintiff may be able to bring a passing-off action, alleging use of its trademark only outside the United States coupled with a reputation within the United States. Although the discussion of potential damages in the two cases is problematic (as we explain here), it may mean that non-US trademark owners have a powerful new tool with which to challenge infringers that are first to use the foreign owner’s mark in the United States. 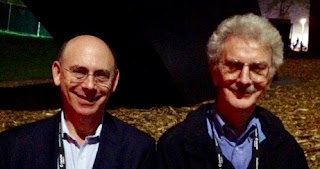 TTABlog comment: Marty and I represented Belmora at the district court and through the Fourth Circuit appeal, and we represented Paleteria La Michoacana, Inc. at the D.C. Circuit.